New in Sn1per v9.1 is our new auto-target mode selection. With this feature, it is now possible to input multiple types of target input (ie. subnets, URL’s, domains and IP’s) and Sn1per will automatically select the appropriate scan mode best suited for the target (ie. subnets will automatically be scanned with ‘discover’ mode. URL’s will be scanned with ‘web’ mode, etc.). You can also enter multiple subnets, URL’s, domains or IP’s in-line using the Sn1per Professional Multi-Target Scan Target List box and let Sn1per do the rest! 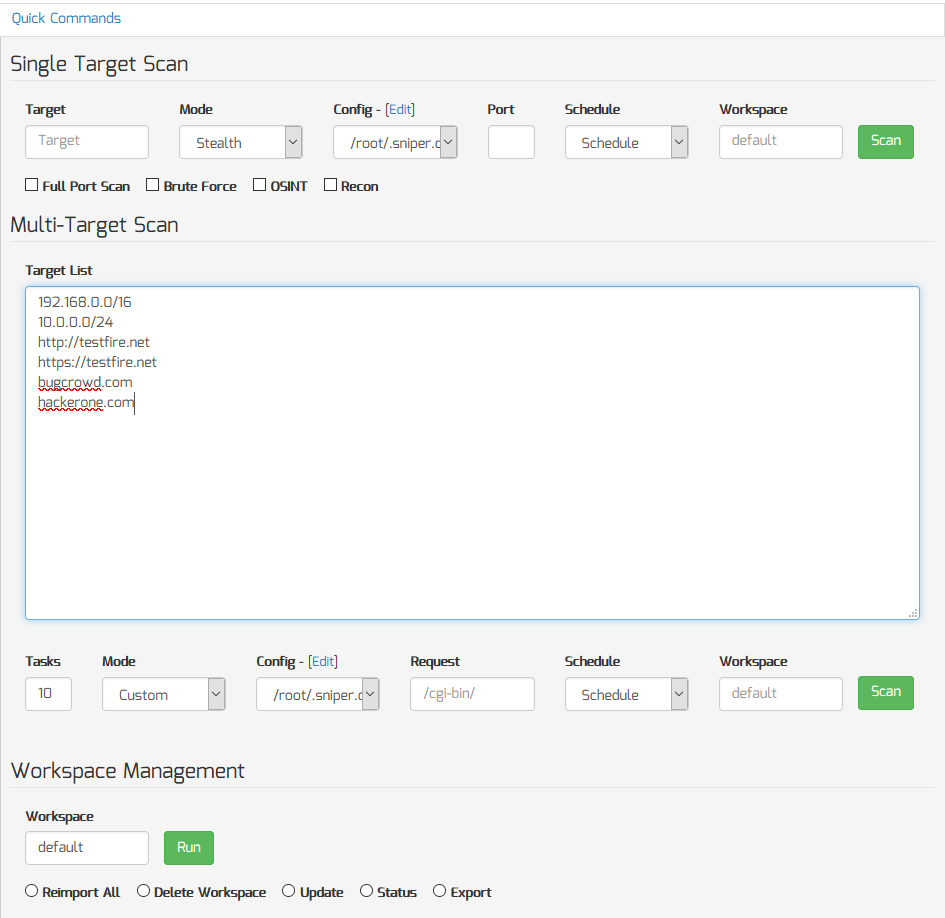 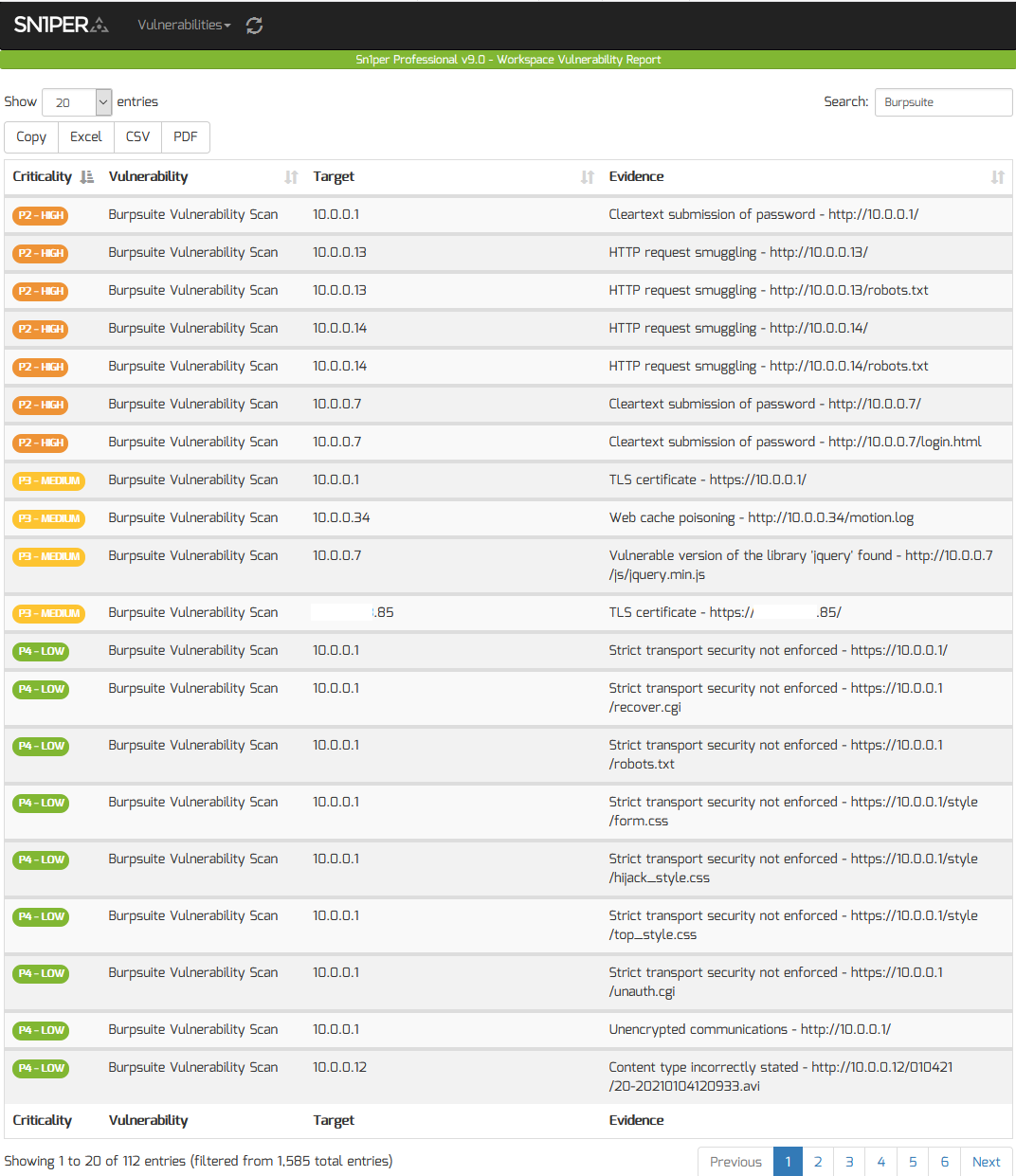 A new tool called “DirDar” was added to help in testing for HTTP 403 “Forbidden” bypasses using a number of common techniques (ie. altering HTTP headers, appending common character sequences to the URL, etc.). DirDar comes enabled by default for all Sn1per ‘web’ based modes and can be disabled within the sniper.conf file by setting the “DIRDAR” variable to “0”. 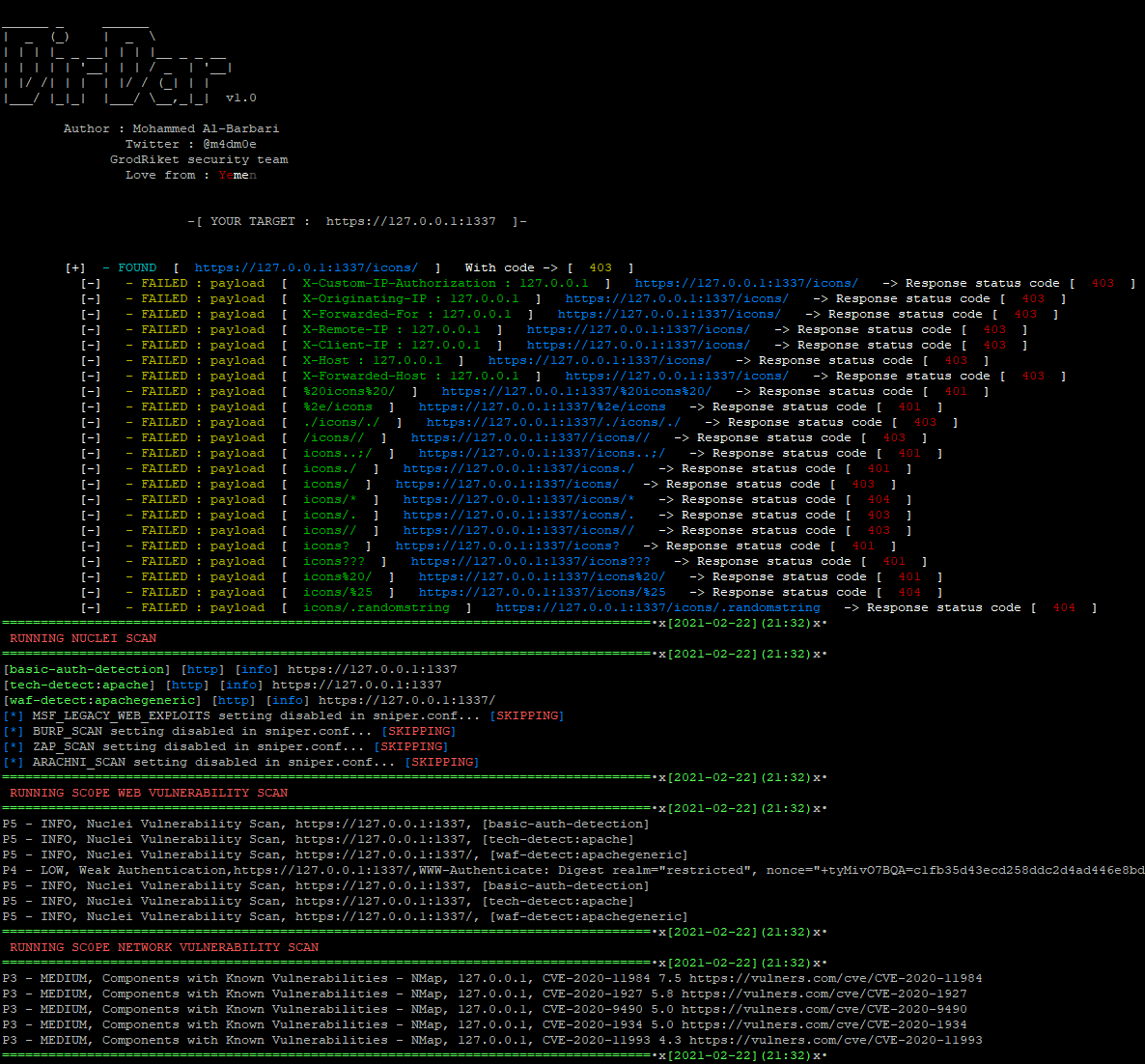 In prior versions of Sn1per, it hasn’t been easy to tell which options are enabled or disabled when running scans. With Sn1per SE v9.1, customers will now see scan notifications with the exact setting name and a short message indicating that the setting is disabled in the current config.

We added urlscan.io cached URL retrieval to automatically list all URL’s for the target website. This comes as yet another way to retrieve known URL’s from a target website which may lead to some interesting vulnerabilities being discovered. This will come enabled by default for all ‘web’ mode scans and can be enabled or disabled via the “URLSCANIO” setting.

SecretFinder was also added in v9.1 to automatically scan all retrieved JavaScript (.js) files from a target website for sensitive data (ie. usernames, passwords, keys, etc.). This will come enabled by default for all ‘web’ mode scans and can be enabled or disabled via the “WEB_JAVASCRIPT_ANALYSIS” setting.

As some may have noticed, there has been some graphic limitations with running Sn1per on installations with no X based GUI running (typically Docker and VPS installations). As a result, most common methods for retrieving web screenshots don’t work since they typically rely on running a headless web browser. After lots of research and testing, a solution was found to capture screenshots on these types of installations which can be enabled in the sniper.conf file by setting the “NO_X_GUI” setting to “1”.

In case you missed it, a critical Remote Code Execution (RCE) vulnerability in VMWare vCenter was recently disclosed which allows remote attackers to execute malicious code on both Windows and Linux based systems running vCenter client. To assist customers, we added a new sc0pe template to automatically detect this vulnerability and alert you.

In the past, typical Sn1per updates would involve re-installing and re-downloading ALL included programs, scripts and dependencies which could take some time depending on your bandwidth. With Sn1per Professional SE v9.1 onward, we will now be including differential updates to selectively update only the new additions and updated code to ease bandwidth and update times.

If you’re a current Sn1per Professional v9.0 customer, you have two options to upgrading the v9.1:

NOTE: The update to the latest branch is “silent”, so no output will be displayed. To confirm the update was successful, simply run the ‘sniper’ command again or run ‘sniper -u’ to confirm the version was updated to v9.1 after. 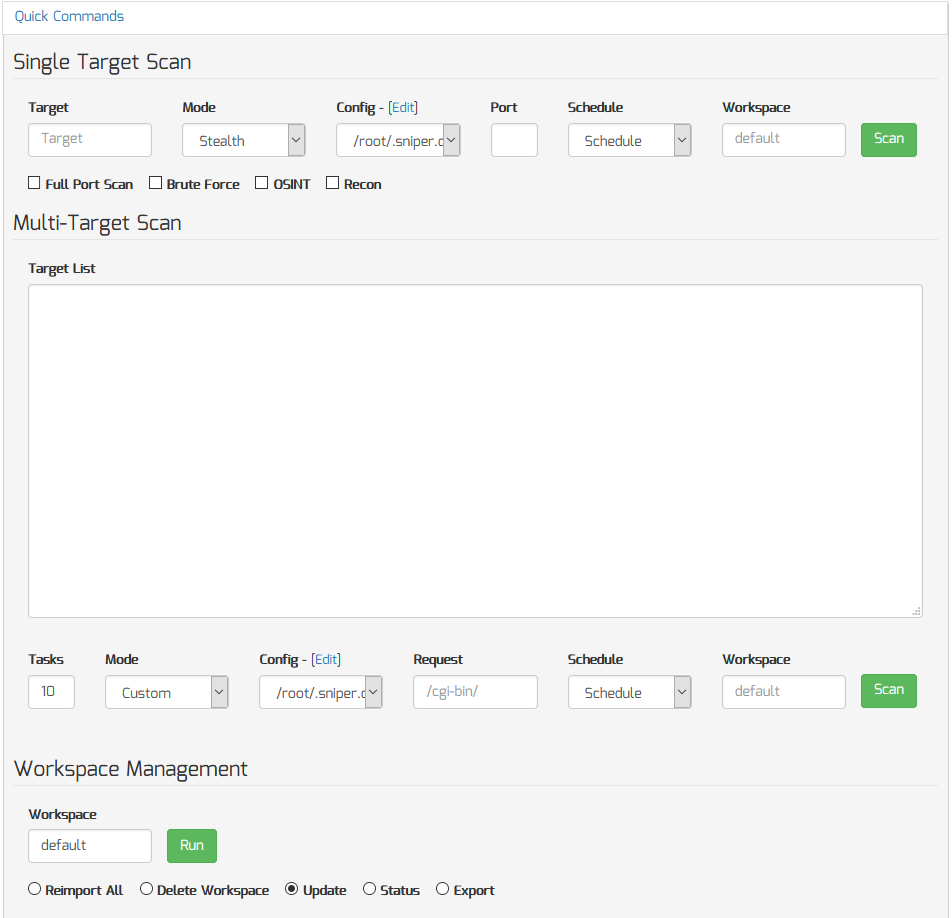